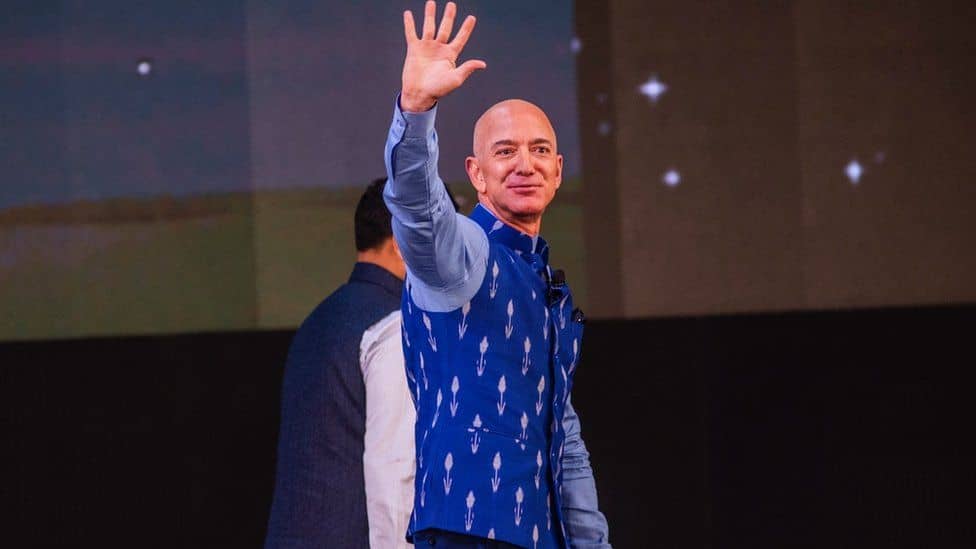 The estimated reading time for this post is 100 seconds

After 27 years, famed CEO Jeff Bezos will step down from Amazon.com Inc and turn the helm to his acolyte Andy Jassy, the mega-retailer top cloud executive.   Bezos founded Amazon in 1994.

In nearly three decades, the small online bookseller grew into a gigantic corporation with remarkable footprints in various industries, including grocery, cloud computing, streaming, and many more.

Jassy joined Amazon in 1997, right after Harvard business school.  He will take the helm in Q3.

In a letter to employees, Jeff Bezos said, “I’m excited to announce that this Q3 I’ll transition to Executive Chair of the Amazon Board and Andy Jassy will become CEO” he continued,  “In the Exec Chair role, I intend to focus my energies and attention on new products and early initiatives. Andy is well known inside the company and has been at Amazon almost as long as I have. He will be an outstanding leader, and he has my full confidence.”

The timing was unexpected, but Andy Jassy, the new chief executive officer, is not.

As the top executive of Amazon Web services (AWS), Jassy grew the segment from an intrapreneurial endeavor to Amazon’s most profitable business segments.

Bezos out, but blockbuster earnings continue.  The e-commerce giant reported its first $100 billion quarter.  Its adjusted earnings of $14.09 per share, well above estimates of $7.23, forecast by Refinitiv.  Amazon’s fourth-quarter revenue is $125.56 billion versus the $119.7 forecast by  Refinitiv.

As of this writing, Amazon has a whopping $1.6 trillion market capitalization or market cap.  Amazon.com Inc is no longer a small online bookseller.  The company employs more than 1.3 million and serves hundreds of millions of customers.   It’s a behemoth facing a whole host of problems from antitrust investigations to consumer and regulatory challenges.  The next 27 years will undoubtedly be different for the company.

The estimated reading time for this post is 107 seconds The 2023 US stock market outlook is an exciting topic, as it is difficult to predict the market’s future. However, a few key factors can help us make an educated...

The estimated reading time for this post is 301 seconds  The dismal performance of blockbuster IPOs such as electric car maker, Rivian, the trading platform Robinhood, and others forced many top anticipated 2022 IPOs to sit on the sideline and...