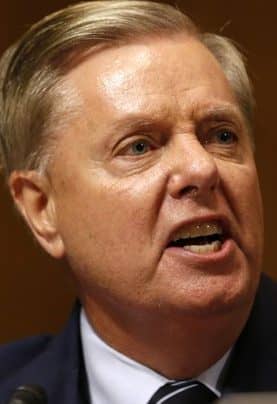 The estimated reading time for this post is 80 seconds

Trump’s trade war with China starts causing some economic pains.  We all know the adage, “no pain, no gain.” Senator Lindsey Graham recommended that Americans start living by that adage, at least during Trump’s presidency.   Should you take Mr. Graham’s advice and accept the pain of Trump’s trade war? If you do take his advice, what will be the “gain”?

The Pain Part in the “ no pain, no gain” Saga

Lower living standards, damage to the economy, and turbulent stock markets are well-documented cons of most trade wars. The consumer price index (CPI), which tracks the prices of a market basket of consumer goods and services, rose by 0.3% in July.

Lindsey Graham and the Trump Administration, the latter being more implicit than the former, know that American consumers are already experiencing the pains mentioned above. Now, they are trying to convince the consumers that it will be all worth it at the end.

The Gain Part in the “ no pain, no gain” Saga

The Trump Administration and its allies, including Senator Lindsey Graham, start framing the trade war as a national security issue. Currency manipulations and appropriate intellectuals properties are Chinese threats that America needs to address.

Also, another part of the “gain” is the belief that dealing with China now will improve America’s bargaining position on future trade agreements.

The fact is that trade war rarely has a clear winner, and President Trump loves winning.  If the American consumers accept the pain of the President’s trade war, expecting to reap its benefits in the future, they might be disappointed.