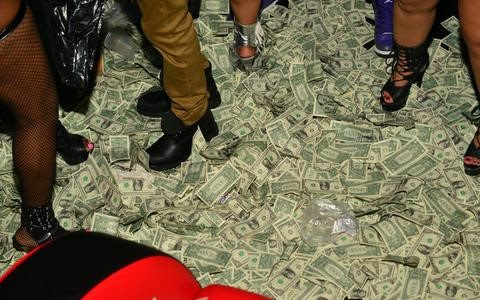 Bitcoin and Smart Money is not a pure moronic title, but the middle-income earners have to stop being the last ones on the investing bandwagon.  The Bitcoin fever has proven Wall Street right once again. Retail investors, often middle-income America, always buy financial products when they reach bubble-like prices and sell them at a bearish level. Wall Street even coined a term for it “dumb money.”

The cryptocurrency Bitcoin, a digital and decentralized currency without a central bank, was launched in 2009.  According to Yahoo Finance, its value was 5 cents on January 30, 2010. For every Bitcoin, you would receive $0.05.  You could only use it on the Dark Web (collection of websites that exist on an encrypted network and cannot be found by using traditional search engines or visited by using regular browsers) where few people knew of its existence.  By April 30, 2013, you could trade one Bitcoin for $139.23

By 2017, cryptocurrencies, especially Bitcoin, became household names. Your barber, attorney, financial advisor (why your” fiduciary” financial advisor recommended Bitcoin is a topic for another post) were telling you about it.  Matter of fact, by December 1, 2017, one Bitcoin was traded for as high as $19,870.62. As of this writing, it is trading around $10, 883.26.

During the Bitcoin mayhem, the American middle-class refinanced their house, borrowed on credit, and even cashed out their retirement accounts to get into the action.  However, most of them were obliterated by extreme volatility and manipulation. The volatility was so violent in some trading days that Bitcoin would trade at $15,000 around 11:00 a.m. then drop to $7,000 by lunchtime.  The middle class who did not know how to manage such extreme volatility would buy high, sometimes extremely high, and sell low.

The local media were filled with distressing stories about people losing their homes because they mortgaged their house to invest in bitcoin; many of them filed for bankruptcy because of massive credit card debts, and few claimed that they would have to stay in the workforce a few years longer because their retirement savings vanished.

One of the best ways retail investors, aka middle-income Americans, can start smartening their money is to buy financial products they understand.  If purchasing financial products that you underhand is one of Warren Buffet’s fervent investment principles, it has to be America’s middle class’ principle as well. If that principle works for one of America’s richest men, it can work for the rest of us.

Covid-19 hardship withdrawal was made possible by the Coronavirus Aid, Relief, and Economic Security (CARES) Act.   If you were one of many American workers who took a coronavirus-related hardship withdrawal from your 401 (k) or other tax-advantaged retirement plans,...