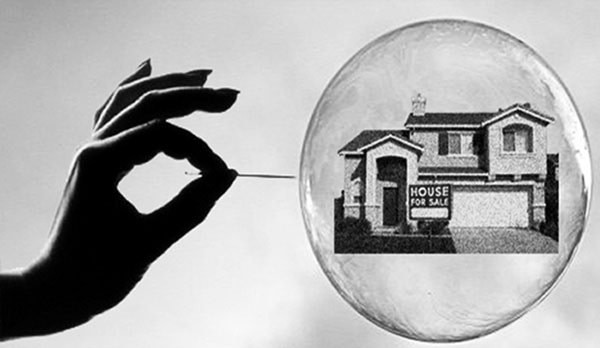 Currently, the number of US home sales is on the rise, and nervous house buyers and sellers wonder if the real estate market will crash anytime soon. According to Google, one of the top-notch search engines globally, American search results relating to the possible crash of the housing market increased by 2450% in April 2021. Also, other real estate search queries such as “sell my house” have significantly increased.

This increased concern among market watchers is highly warranted. The average price of an American house increased by approximately 16% in the first two months of 2021. It may not seem like an enormous increase, but considering a 3-5% annual increase is typically regarded standard, this 16% surge is worrying.

Nearly all US Housing Market stakeholders are wondering if this price upsurge will last and for how long. The answer to this query will likely depend on your area of residence and how the ongoing pandemic affects buyer priorities. Additionally, two housing market trends may also influence this outcome. Tight inventory and increased mortgage rates in some areas will also likely contribute to the high demand for housing for the rest of the year.

To better understand if the current US Housing Market is in a bubble, here is a comprehensive look at the last US housing bubble and subsequent market crash in 2008.

The US housing bubble: A trip down memory lane

A housing bubble refers to a collective increase in home prices driven by speculation, rampant spending, and demands until the market collapses. This process typically begins with an increased demand for housing units while the supply is low.

Afterward, market speculators flood the housing sector with funds, further increasing the demand. When the home prices stagnate or demand drops while the house supply rate rises, a sudden sharp decrease in prices occurs, and the housing bubble bursts.

Unscrupulous speculators started to bid on new tech firms that didn’t have any meaningful revenue and increasing their stock demand leading to a technology bubble. However, by the early 2000s, most of these technology firm stocks fell drastically, and many investors exited the financial market.

During this massive financial exodus, many investors decided to migrate to the real estate sector. Additionally, the US Federal Reserve decided to reduce national interest rates to help cushion individuals against the adverse effects of the technology bust.

This sudden increase in cash, credit, and governmental policies encouraging homeownership helped develop a boom in the real estate sector. With time, the liquidity of houses increased tremendously, leading to a net increase in home prices and the number of willing buyers and sellers.

During this period, approximately 20% of mortgage loans went to individuals who didn’t meet the standard lending requirements. Such individuals are known as subprime borrowers. About 75% of all subprime borrowers received adjustable-rate mortgages, which typically undergo an interest recalculation after a particular period.

As financial institutions lowered lending requirements, there was a general lax in checking for credit-worthy borrowers. This lax occurred because the US government widely promoted homeownership through its policies that promoted borrowing without adequately regulating it.

Between 2000 and 2007, the average home pricing within the US Housing Market drastically rose by 55%. This real estate frenzy peaked when speculators began flipping homes after only several weeks of ownership, all in a bid to earn a quick profit.

During this period, the financial stocks market recovered from the technology-related bust, and prices slowly increased and stabilized. As this recovery occurred, the government slowly increased interest rates back to normal through the US Federal Reserve.

As interest rates increased, subprime borrowers found it hard to repay their adjustable-rate mortgages, and many opted to sell their real estate assets at throwaway prices. Investors began to realize the high-risk premium within the US Housing Market and stopped investing.

As the supply for homes increased, prices started to plummet, initiating a widespread sale-off in mortgage-related assets and securities. The US housing bubble busted, and home prices decreased by 19% between 2007 and 2009. This housing bust led to mass mortgage defaults, particularly in financial institutions that didn’t have credit-worthy borrowers.

Is the Current US Housing Market in a bubble? And is a crash ahead?

The short answer is No. Although the current rise in home pricing may seem like a bubble, this effect is widely due to pandemic-driven forces. Unlike the previous housing crisis, the current average fixed mortgage rate is relatively low and affordable. Taking up such a conventional loan provides you with a fixed interest rate for the next 30 or so years which you can effortlessly repay despite ongoing house price fluctuations.

Additionally, modern mortgage lenders depend mainly on strict underwriting terms and guidelines that help avoid reckless lending, as seen in the past. The current housing boom is dependent on mortgage interest rates.

Current demographics in the USA are also promoting a sustainable housing boom. More millennials are purchasing homes that they permanently use as a residence, particularly now that they work from home.

The US Housing Market is currently booming, and many market actors are wondering if it’s in a bubble and if it will crash soon. According to experts, the current house price increase doesn’t meet the threshold of becoming a housing bubble. Numerous preventative actions are already in motion. Homebuilding projects are also underway to help with the housing supply, and this means that the housing market won’t crash any time soon.