Investors Need to Netflix and Chill Credit Card Fixed-Interest Loans: Explained Are You Money Smart? Build Your Credit for Free Filing Your Taxes in 2022 Credit Cards that Offer 2% Cashback on All Purchases Navient Ordered to Cancel Student Loans U.S. Mortgage Interest Rates Soaring Two Big Banks Cut Overdraft Fees 2022 IPO DRAFT CLASS: Ranking the Top 10 Prospects Re-Drafting the 2021 IPO Draft All You Need to Know about Buy Now Pay Later companies Credit Card Sign-Up Bonus or SUB The Best Credit Card for the Middle-Class Make An All-cash Offer with No Cash Capitalism Always Ignores Politics All You Need to Know about the Financial crisis of 2007-2008 American Families Face Serious Rent Burden Savings Is An Expense You Can’t Build Generational Wealth If You Are Broke IT’S OFFICIAL: Robinhood is a Meme Stock All You Need to Know About Biden Mortgage Modifications & Payment Reductions Apple Card 2nd Year Anniversary: Should You Get It Now Wells Fargo to Pull Customers Personal Lines of Credit The Rise of Individual Investors The US Housing Market Is Booming. Is a Crash Ahead? Financial Literacy: How to Be Smart with Your Money Non-Fungible Token (NFT):EXPLAINED SKYROCKETED CEO PAY & LONG LINES AT FOOD BANKS Amazon Workers Want to Unionize Another Major City Piloted Universal Basic Income The New Bubble: SPACs SUBMIT YOUR PPP ROUND 2 APPLICATION BEFORE MARCH 31ST Robinhood-GameStop Hearing & Payment for Order Flow Guess Who’s Coming to Main Street Democratic Senators Say No to $15 Minimum Wage BEZOS OUT! President Biden Most Impressive Act Went Unnoticed: CFPB Biden $1.9 Trillion Stimulus Package 2021 IPO DRAFT CLASS: Ranking the Top 10 Prospects $25 Billion Emergency Rental Assistance NO, TESLA IS NOT WORTH MORE THAN TOYOTA, VOLKSWAGEN, HYUNDAI, GM, AND FORD PUT TOGETHER AMAZON TO HAND OUT ITS WORKERS $300 HOLIDAY BONUS Where Does the American Middle-class stand on Student Debt Relief? Joe Biden’s Economic Plan Explained 4 TYPES OF BAD CREDIT REPORTS AND HOW TO FIX THEM What Is the Proper Approach to Not Buy Too Much House? FISCAL STIMULUS PLANS STILL IN ACTION How to Pick Investments for Your 401(k) 10 Simple Ways to Manage Your Money Better All You Need to Know about Reverse Mortgage All You Need to Know about Wholesale Real Estate Credit card Teaser Rates AVERAGE CREDIT CARD INTEREST RATE SURGES TO 20.5 Percent Trump Signs 4 Executive Orders for Coronavirus Economic Relief The Worst American Economy in History WHY CREDIT CARDS MINIMUM PAYMENTS ARE SO LOW? 10 BIGGEST COMPANIES IN AMERICA AND WHO OWNS THEM White House Wants to End the Extra $600-A-Week Unemployment  10 Countries That Penalize Savers FEWER CREDIT CARD BALANCE-TRANSFER OFFERS ARE IN YOUR MAILBOX Private Payrolls and the Unemployment Rate SHOULD YOU BUY INTO THE HOUSING MARKET RESILIENCY? WILL WE GET A SECOND STIMULUS CHECK The Child Tax Credit and Earned Income Tax Credit THE RETURN OF BUSINESS CYCLES Should You Request a Participant Loan or an Early 401(k) Withdrawal? Homebuyers Should Not Worry about Strict Mortgage Borrowing Standards The Potential Unintended Consequences of Mortgage Forbearance All Business Owners Need to Know about the Paycheck Protection Program 10 MILLION UNEMPLOYMENT CLAIMS IN TWO WEEKS HOW WILL THE GLOBAL MIDDLE-CLASS RECOVER FROM A SECOND ECONOMIC RECESSION IN A DECADE? WILL U.S. CONSUMERS CONTINUE TO SPEND? HOW’S YOUR 401(k) PRESIDENT TRUMP SIGNS $2.2 TRILLION CORONAVIRUS STIMULUS BILL MIDDLE-CLASS NIGHTMARE: MORE THAN 3.3 AMERICAN FILED FOR UNEMPLOYMENT CLAIMS IN THE US LAST WEEK. LAWMAKERS AGREED ON $2 TRILLION CORONAVIRUS STIMULUS DEAL CORONAVIRUS STIMULUS PACKAGE FAILED AGAIN IN THE SENATE APRIL 15 (TAX DAY) DELAYED DEMOCRATS AND REPUBLICANS DIFFER ON HOW $2 TRILLION OF YOUR TAX MONEY SHOULD BE SPENT YOU CAN DELAY MORTGAGE PAYMENTS UP TO 1 YEAR, BUT SHOULD YOU? 110 Million American Consumers Could See Their Credit Scores Change The Middle-Class Needs to Support Elizabeth Warren’s Bankruptcy Plan The SECURE Act & Stretch IRA: 5 Key Retirement Changes 5 Best Blue-chip Dividend Stocks for 2020 9 Common Bankruptcy Myths 401(K) BLUNDERS TO AVOID Government Policies Built and Destroyed America’s Middle-Class & JCPenney Elijah E. Cummings, Esteemed Democrat Who Led the Impeachment Inquiry into Trump, Dies at 68 12 Candidates One-stage: Who Championed Middle-Class Policies the Most WeWork: From Roadshow to Bankruptcy Stand with the United Auto Workers Formal impeachment Inquiry into President Donald Trump America Is Still a Middle-Class Country SAUDI OIL ATTACKS: All YOU NEED TO KNOW THE FEDERAL RESERVE ABOLISHED BUSINESS CYCLES AUTO WORKERS GO ON STRIKE Saudi Attacks Send Oil Prices Spiraling REMEMBERING 9/11 What to Expect from the 116th Congress after Their August Recess Should You Accept the Pain of Trump’s Trade War? 45th G7 Summit-President Macron Leads Summit No More Upper-Class Tax Cuts Mr. President! APPLE CARD IS HERE-SHOULD YOU APPLY? THE GIG ECONOMY CREATES A PERMANENT UNDERCLASS 5 REASONS IT’S SO HARD FOR LOW-INCOME INDIVIDUALS TO MOVE UP TO THE MIDDLE CLASS ARE YOU PART OF THE MIDDLE CLASS? USE THIS CALCULATOR TO FIND OUT? WELLS FARGO IS A DANGER TO THE MIDDLE CLASS The Financialization of Everything Is Killing the Middle Class 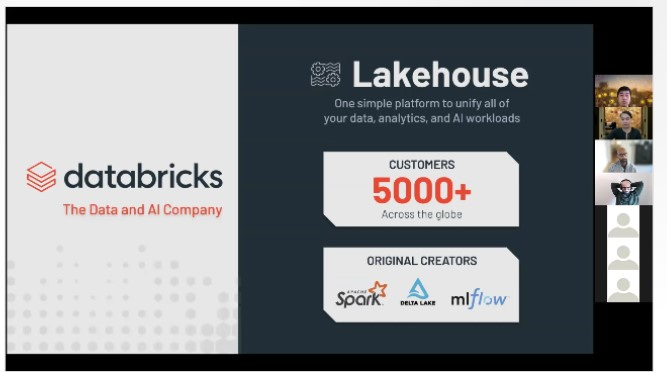 The estimated reading time for this post is 359 seconds

2021 was a banner year for the stock, with all three indexes registering numerous closing highs. The S&P 500 alone closed high 70 times last year.

Despite a banner year for existing publicly-traded companies, new arrivals to the public market did not fare so well.

According to Barrons, 1,006 companies went public and raised about  $315.6 billion in 2021. However,  a whopping 64% of this year’s new listings are trading below their offer price.

Moreover, we are glad to report that one of our companies,  Rivian Automotive, was the biggest IPO for the U.S. company since Facebook or Meta.   You can read how the six new listings fare here.

What we learned from our 2021 List are the companies that went public either via-SPAC mergers or direct listings were the ones that were getting pressured by their private stakeholders who wanted to cash in or exit.

Last month, the social media filed a confidential S-1 with the Securities and Exchange Commission (SEC) announcing its plan to go public.

According to Crunchbase, it has raised a total of $1.3B in funding over eight rounds. The social media platform that has been the birthplace of “meme” stocks has been rumored to be considering an IPO for some time; 2022 might be the year it finally goes public.

The payments processor was on our 2021 List. the company co-founder, John Collinson, told CNBC back in November that “they are very happy staying private.”

The online payments behemoth is 13-years old, raised $2.2 billion at a mega-unicorn valuation of $95 billion. Its “staying private” days are numbered.

After the series H funding round that valued Stripe as  the most highly valued venture-backed private company in the U.S., its last funding round was in the secondary market

The grocery delivery company was on our 2021 List. According to a report published by The Information, the company decided to push off its IPO to grow.

The company’s latest round of funding was on November 1, 2021. It is not clear whether it was private equity or debt financing, but  It raised $232 million. The funding type was unknown.

The digital bank provides checking accounts with no monthly and overdraft fees to lower and middle-income Americans.

Last year, the successful IPO of the “ buy now pay later” company Affirm showed that investors see values in companies that cater to that group of clients.

On August 13, 2021, the financial technology startup raised $750 million in its Series G funding round at $25 billion valuations.

The home-remodeling platform provides homeowners with a whole host of products and services that alleviate the stress of home remodeling, including designed ideas, vetted contractors, and more.

Pandemic home remodeling is still booming, and Houzz wants to capitalize on it.

Houzz’s last private equity funding was on June 9, 2017. The company raised $400 million at about $4 billion valuations. It raised a total of $613.6 million in funding over eight rounds.

The private equity firm that mainly manages funds for institutional investors wants to access the secondary market or the world of index funds and exchange-traded funds (ETFs).

The firm filed a confidential S-1 with the SEC last month. The Wall Street Journal reported that the company could be valued at $10 billion.

The meatless-burger company is another company that was on our 2021 List. The appetite for faux meat products is still there, but the Agrifoodtech company had already raised $2 billion in the private equity market.

On November 23, 2021, Impossible Foods raised $500 million at a $7 billion valuations. So far, the company raised a total of $2.1 billion in funding over two rounds.

The chat app company was founded five years ago, but its growth has been skyrocketed. It has about 150 million active monthly users, and it turned down a $10 billion offer from Microsoft last year.

Jason Citron founded Discord to help remote tech workers remove slacks and have a reliable way to communicate. Gamers discovered and loved the social aspect of the app. They ditched TeamSpeak and Skype in favor of it.

The AI-powered data company has raised money from venture capital and non-venture capital investors. Fidelity and  Franklin Templeton have poured money into the startup.

Databricks raised $1.6 billion at a valuation of $38 billion in a Series H round. It has raised a total of $3.5 billion in funding over nine rounds.

Other key players from the BNPL market will likely follow suit this year. Klarna is one of the most significant players in that space, and its growth has been rapid.

According to a report from Worldpay,  Klarna processed $97 billion of global e-commerce transactions in 2020.

The estimated reading time for this post is 173 seconds Investors need to Netflix and chill and cancel all the noise coming from Wall Street analysts.  The company announced yesterday that it lost net subscribers for the first time in...

A Case for Mandatory Personal Finance Education in Public Schools

The estimated reading time for this post is 464 seconds In America, there is a massive knowledge gap America when it comes to personal finance. This...

The estimated reading time for this post is 1953 seconds First and foremost, moving to...

The estimated reading time for this post is 666 seconds Intergenerational poverty is a condition...