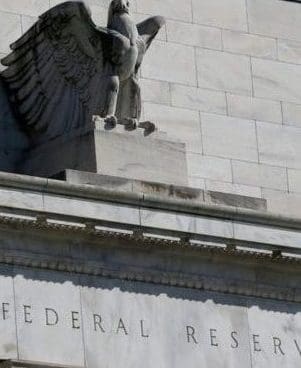 The estimated reading time for this post is 185 seconds

It seems like the best thing that came out of the 2008 Financial Crisis is the Federal Reserve (The Fed) learning how to abolish the business cycles.  The original mandate of the Fed, which formed in 1913, was to maximize employment, stabilize prices, and moderate long-term interest rates.  However,  the Federal Reserve’s newly adopted mandate is abolishing business cycles.

Before the Great Recession, the Fed was terrible at its job.  It would remove the proverbial “Punch Bowl” too early or too late.   From 1913 to 2007, the U.S. economy went through 12 recessions, 1970s stagflation, which is a period of high unemployment and inflation, and the 2000 Dot-com Bubble, and many more hurtful financial crises.  The U.S. expansion is on its decade-plus years.  Excessive corporate debt, a slowdown in manufacturing, low business investments, and a trade war are all signs of bad days ahead, but current Fed’s actions might prolong that expansion further.

In 2008, to prevent the U.S. economy from falling into a depression, which is a severe and prolonged downturn in economic activity, the Fed pulled all knowns and unknowns central banking levers.  It became the lender, buyer, and seller of last resort.  It had three colossal rounds of quantitating easing (QE), which is going to the open market and buying financial securities, it lent to big banks and corporations, and it dropped the fed funds rate to zero percent.  All those movements mentioned above ushered in by the Federal Reserve saved the economy.  Now, those movements seem to be permanent parts of the Federal Reserve’s toolbox.

The typical expansion, peak, recession path of the macroeconomy, then rinse and repeat seems to be over, and the new Federal Reserve’s toolbox might be the reason.

The Federal Reserve injected nearly $126 billion, meaning buying financial securities on the secondary market, in the economy so far this week and it cut the federal funds rate for the second time this year.  The current range of the fed funds rate is 1.75% to 2%.  Banks can borrow from one another overnight at that range.

Debt covenants, when implemented and complied with duly, can rein corporations’ wrong instincts.  They can set up great operational metrics such as debt over EBITA, interest coverage, dividend payout ratio on corporations.  Because cheap money is widely available, lenders have to loosen up on covenants.   Borrowing money to pay out dividends is a significant business operational faux-pas, but the current interest rate environment makes it feasible for corporations to act this way.  The constant injection of liquidity in the market by the Feds and its historic low-interest rates are making it easy and cheaper for corporations to fund both excellent and lousy projects and buyback their shares.

Without cheaper money, overleveraged companies would have to cut back on investments and lay off workers to service their massive debt portfolio.  Those laid-off workers would start spending less.  More overleveraged corporations would have to take the same actions.  However, the Federal Reserve policies have made it easy for those firms to refinance, take on more debt, or both—recession delayed.

The question has been for a while now, what would the Fed do to address future economic downturns since it went all out the last time and its balance sheet still reflects those decisions?  The answer is less muddy now; QE and low, negative in the case of the European Union, interest rates are the new normal for central bankers.