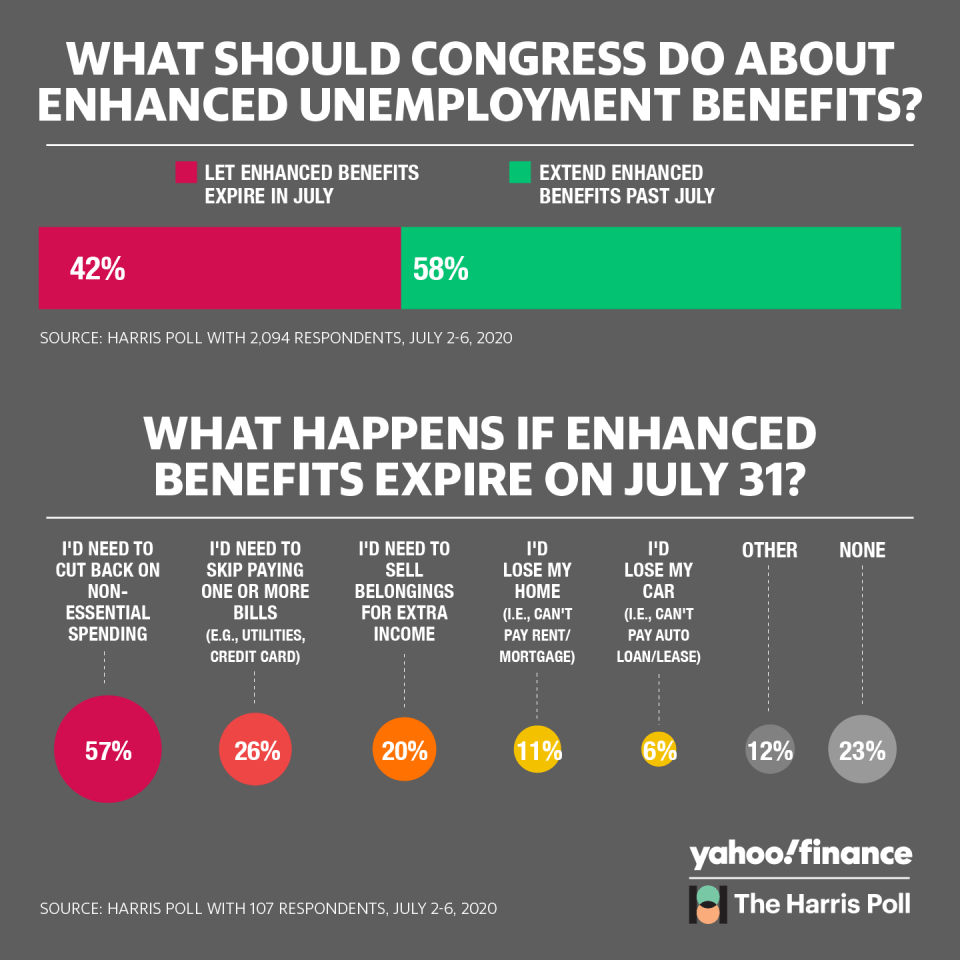 The estimated reading time for this post is 115 seconds

Thirty million unemployed Americans are about to lose the extra $600 a week unless Congress and the Trump administration come up with a compromise soon.  The administration believes that the additional payment incentivizes Americans not to go back to work.  As a result, millions of American households might see their income decrease by as much as 60 percent in the next couple of weeks.

According to the Tax Policy Center, states pay, on average, $380 each week in unemployment benefits.  If 30 million people lose $2,400 ($600 x4) a month, the current health crisis can turn into a financial one overnight.

The enhanced unemployment insurance, which passed through the CARES Act in March, sets to end July 31, 2020.

The Trump administration believes that some Americans don’t want to go back to work because their average state amount combines with the enhanced benefits exceed their former wages.  The average unemployed American is receiving $980 ($380 +$600), each in total unemployment benefits.

The White House is not entirely wrong on that assessment.  There are reports to support that some people are making more money unemployed than when they were fully employed.  However, that fact alone is not a good reason to kick 30 million people off the program, considering the potential financial shock to the economy.

Who Is Getting the Extra $600-A-Week Unemployment

Even in this current environment, Americans are starting new businesses.  Anyone who thinks that an extra $600-a-week unemployment is enough strong incentive for Americans to stop working does not know much about the American spirit.

Congress passed the Health and Economic Recovery Omnibus Emergency Solutions (HEROES) Act nearly two months ago, but the Senate is against most of its provisions. The HEROES Act would extend the enhanced unemployment insurance until December 31, 2020.

The Republican leader Mitch McConnell promised to work on another coronavirus stimulus bill, but he said what the Republicans have in mind is entirely different from the HEROES Act.

Taking the extra $600 a week from more than 30 million Americans might trigger a severe financial crisis, including a wave of mortgage defaults, foreclosures, and bankruptcies.