Times Up for Programmed Money Biggest Financial Crimes: Countrywide Quantitative Tightening, Inflation, & More The Stock Market Is On Sale Investors Need to Netflix and Chill Credit Card Fixed-Interest Loans: Explained Are You Money Smart? Build Your Credit for Free Filing Your Taxes in 2022 Credit Cards that Offer 2% Cashback on All Purchases Navient Ordered to Cancel Student Loans U.S. Mortgage Interest Rates Soaring Two Big Banks Cut Overdraft Fees 2022 IPO DRAFT CLASS: Ranking the Top 10 Prospects Re-Drafting the 2021 IPO Draft All You Need to Know about Buy Now Pay Later companies Credit Card Sign-Up Bonus or SUB The Best Credit Card for the Middle-Class Make An All-cash Offer with No Cash Capitalism Always Ignores Politics All You Need to Know about the Financial crisis of 2007-2008 American Families Face Serious Rent Burden Savings Is An Expense You Can’t Build Generational Wealth If You Are Broke IT’S OFFICIAL: Robinhood is a Meme Stock All You Need to Know About Biden Mortgage Modifications & Payment Reductions Apple Card 2nd Year Anniversary: Should You Get It Now Wells Fargo to Pull Customers Personal Lines of Credit The Rise of Individual Investors The US Housing Market Is Booming. Is a Crash Ahead? Financial Literacy: How to Be Smart with Your Money Non-Fungible Token (NFT):EXPLAINED SKYROCKETED CEO PAY & LONG LINES AT FOOD BANKS Amazon Workers Want to Unionize Another Major City Piloted Universal Basic Income The New Bubble: SPACs SUBMIT YOUR PPP ROUND 2 APPLICATION BEFORE MARCH 31ST Robinhood-GameStop Hearing & Payment for Order Flow Guess Who’s Coming to Main Street Democratic Senators Say No to $15 Minimum Wage BEZOS OUT! President Biden Most Impressive Act Went Unnoticed: CFPB Biden $1.9 Trillion Stimulus Package 2021 IPO DRAFT CLASS: Ranking the Top 10 Prospects $25 Billion Emergency Rental Assistance NO, TESLA IS NOT WORTH MORE THAN TOYOTA, VOLKSWAGEN, HYUNDAI, GM, AND FORD PUT TOGETHER AMAZON TO HAND OUT ITS WORKERS $300 HOLIDAY BONUS Where Does the American Middle-class stand on Student Debt Relief? Joe Biden’s Economic Plan Explained 4 TYPES OF BAD CREDIT REPORTS AND HOW TO FIX THEM What Is the Proper Approach to Not Buy Too Much House? FISCAL STIMULUS PLANS STILL IN ACTION How to Pick Investments for Your 401(k) 10 Simple Ways to Manage Your Money Better All You Need to Know about Reverse Mortgage All You Need to Know about Wholesale Real Estate Credit card Teaser Rates AVERAGE CREDIT CARD INTEREST RATE SURGES TO 20.5 Percent Trump Signs 4 Executive Orders for Coronavirus Economic Relief The Worst American Economy in History WHY CREDIT CARDS MINIMUM PAYMENTS ARE SO LOW? 10 BIGGEST COMPANIES IN AMERICA AND WHO OWNS THEM White House Wants to End the Extra $600-A-Week Unemployment  10 Countries That Penalize Savers FEWER CREDIT CARD BALANCE-TRANSFER OFFERS ARE IN YOUR MAILBOX Private Payrolls and the Unemployment Rate SHOULD YOU BUY INTO THE HOUSING MARKET RESILIENCY? WILL WE GET A SECOND STIMULUS CHECK The Child Tax Credit and Earned Income Tax Credit THE RETURN OF BUSINESS CYCLES Should You Request a Participant Loan or an Early 401(k) Withdrawal? Homebuyers Should Not Worry about Strict Mortgage Borrowing Standards The Potential Unintended Consequences of Mortgage Forbearance All Business Owners Need to Know about the Paycheck Protection Program 10 MILLION UNEMPLOYMENT CLAIMS IN TWO WEEKS HOW WILL THE GLOBAL MIDDLE-CLASS RECOVER FROM A SECOND ECONOMIC RECESSION IN A DECADE? WILL U.S. CONSUMERS CONTINUE TO SPEND? HOW’S YOUR 401(k) PRESIDENT TRUMP SIGNS $2.2 TRILLION CORONAVIRUS STIMULUS BILL MIDDLE-CLASS NIGHTMARE: MORE THAN 3.3 AMERICAN FILED FOR UNEMPLOYMENT CLAIMS IN THE US LAST WEEK. LAWMAKERS AGREED ON $2 TRILLION CORONAVIRUS STIMULUS DEAL CORONAVIRUS STIMULUS PACKAGE FAILED AGAIN IN THE SENATE APRIL 15 (TAX DAY) DELAYED DEMOCRATS AND REPUBLICANS DIFFER ON HOW $2 TRILLION OF YOUR TAX MONEY SHOULD BE SPENT YOU CAN DELAY MORTGAGE PAYMENTS UP TO 1 YEAR, BUT SHOULD YOU? 110 Million American Consumers Could See Their Credit Scores Change The Middle-Class Needs to Support Elizabeth Warren’s Bankruptcy Plan The SECURE Act & Stretch IRA: 5 Key Retirement Changes 5 Best Blue-chip Dividend Stocks for 2020 9 Common Bankruptcy Myths 401(K) BLUNDERS TO AVOID Government Policies Built and Destroyed America’s Middle-Class & JCPenney Elijah E. Cummings, Esteemed Democrat Who Led the Impeachment Inquiry into Trump, Dies at 68 12 Candidates One-stage: Who Championed Middle-Class Policies the Most WeWork: From Roadshow to Bankruptcy Stand with the United Auto Workers Formal impeachment Inquiry into President Donald Trump America Is Still a Middle-Class Country SAUDI OIL ATTACKS: All YOU NEED TO KNOW THE FEDERAL RESERVE ABOLISHED BUSINESS CYCLES AUTO WORKERS GO ON STRIKE Saudi Attacks Send Oil Prices Spiraling REMEMBERING 9/11 What to Expect from the 116th Congress after Their August Recess Should You Accept the Pain of Trump’s Trade War? 45th G7 Summit-President Macron Leads Summit No More Upper-Class Tax Cuts Mr. President! APPLE CARD IS HERE-SHOULD YOU APPLY? THE GIG ECONOMY CREATES A PERMANENT UNDERCLASS 5 REASONS IT’S SO HARD FOR LOW-INCOME INDIVIDUALS TO MOVE UP TO THE MIDDLE CLASS ARE YOU PART OF THE MIDDLE CLASS? USE THIS CALCULATOR TO FIND OUT? WELLS FARGO IS A DANGER TO THE MIDDLE CLASS The Financialization of Everything Is Killing the Middle Class 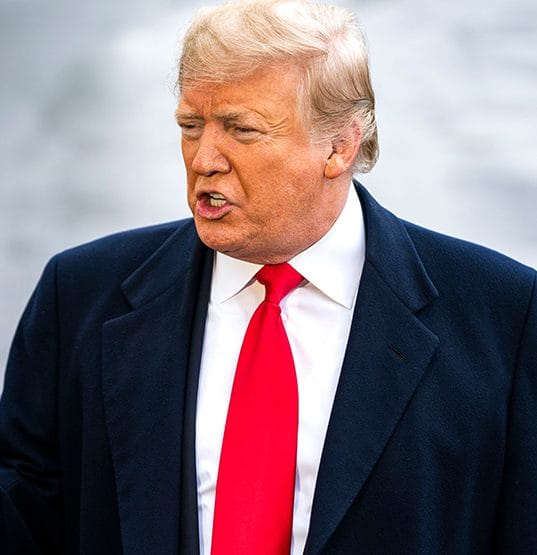 The estimated reading time for this post is 169 seconds

No more upper-class tax cuts should be the rallying cry of the middle class.  President Donald Trump is considering a reduction in capital-gains taxes to bolster the economy.  The President’s 2017 1.5 trillion-dollar tax cuts, which went mostly to uber-rich individuals and corporations, should be evidence that tax cuts to the upper-middle class will not strengthen the economy.  Most middle-income individuals don’t own stocks.  Those who do, hold them inside their retirement accounts such as 401 (k), 403 (b) or traditional IRAs, which can’t be easily liquidated to take advantage of lower capital-gains tax.

What Is Capital Gains Tax

If you bought an asset for 50 dollars and five years later you sold it for $100, you would pay a capital gains tax on $50, which is the positive difference between the sale price of the asset and its original purchase price.

The President and his administration are understandably worried about a potential slow down in the economy. The stock markets are up one day, and down the next, global economies are in freefall, and business investments are down. The ultimate indicate that signaled the last seven recessions is flashing red. That indicator is the yield curve, and it is now inverted meaning you can get higher interest rates now on short-term bonds than you can on long-term ones.

As the above texts show, the wealthiest Americans pay the highest capital gains tax. Reducing the capital gains tax will not increase consumption or business investments or both. Consumer spending and business investments are two of the four components that make up gross domestic product (GDP) with government spending and net exports being the other two.

Both consumer and government spending were up last quarter.  The immediate and effective action the Trump administration can take right now is to recognize the impact of the trade war with China on businesses. Although consumers are still spending, companies are postponing or canceling their capital investments due to the uncertainties of that trade war.

Payroll taxes, unlike federal taxes, fund Medicare and Social Security, will go straight to the pocket of the American’s middle-class.  As stated above, consumer spending is not the problem in the economy. Consumers are still spending.

President Trump has been pressuring the Fed Chairman Jerome Powell to cut interest rates, which will make borrowing money cheaper.  Again, consumers are still spending, and businesses’ balance sheets look healthy. Companies are choosing to postpone or canceling capital investments due to uncertainties.

The Federal Reserve decides when to raise and cut Interest rates, otherwise known as monetary policy. Reducing or increasing taxes and government spending are tools available to the government to cool down or stimulate the economy. Government spending is up, and the Trump Administration had already given 1.5 trillion dollars in tax cuts that mainly went to wealthy individuals and corporations.  Those fiscal policies were implemented when the economy was strong.

A reduction in capital-gains and payroll taxes will not bolster the economy. Businesses need to be confident about how the world is going to look at least one year from now.  Multinational corporations will continue to reduce their capital expenditures until they have that clarity.

The estimated reading time for this post is 122 seconds AMTD Digital’s stock is up 21,400% and amassed a whopping $250 billion market capitalization over the past week. Still, I dont think it’s another meme stock because of its profitability,...

The estimated reading time for this post is 212 seconds A creditor with a default judgment against you can levy your bank account, garnish your wages, or both. If a creditor sues you, you must respond to the court summons,...

The estimated reading time for this post is 664 seconds Introduction. There are two types of people in the world: those who have wealth and those...

The estimated reading time for this post is 122 seconds AMTD Digital’s stock is up 21,400% and amassed a whopping $250 billion market capitalization over the...

The estimated reading time for this post is 212 seconds A creditor with a default judgment against you can levy your bank account, garnish your wages,...

Times Up for Programmed Money

The estimated reading time for this post is 250 seconds Times up for programmed money or cryptocurrency. It is supposed to provide investors a hedge against...

The estimated reading time for this post is 664 seconds Introduction. There are two types...

The estimated reading time for this post is 454 seconds What is credit counseling? Can...

The estimated reading time for this post is 122 seconds AMTD Digital’s stock is up...