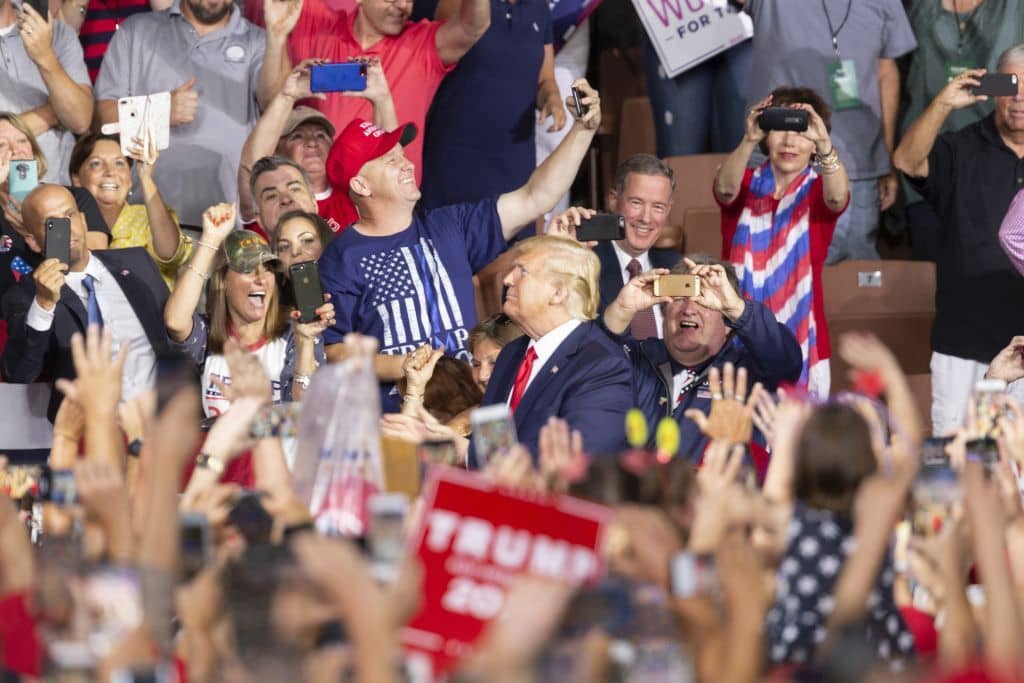 The estimated reading time for this post is 157 seconds

During a rally on August 15, 2019, in Manchester, New Hampshire, President Trump told the crowd, “you have no choice but to vote for me. Because your 401(k)s down the tubes.  everything going to be down the tubes.  So, whether you love me or hate me, you gotta vote for me.”

Why the President was having a presidential rally in New Hampshire in the middle of the Summer is a topic for a future article.  But, his comment at the time was convincing, and many political strategists believed that it could get him reelected.  After all, it’s always the economy stupid.

The U.S. economy was losing close to 600,000 jobs weekly during the 2008 Financial Crisis.  Numerous finance experts were worried that the economy might fall into a 1933-like depression.  Hundreds of billions of dollars in the form of Troubled Asset Relief Program (TARP), Term Auction Facility (TAF), and Quantitative Easing (QE) had anchored the economy from going over a cliff.

President Donald Trump inherited a robust economy from his predecessor.  Fiscal and monetary policies implemented by the Bush and Obama administrations started the stock markets bull run.  By the end of the Obama administration, the Dow Jones Industrial Average increased almost 150 percent.  The other two major stock indices, S&P 500 and Nasdaq also had exponential increases.

The U.S. economy had 76 consecutive months of job gains when Donald Trump swore in on January 20, 2017. unemployment was cut from a recession-peak of 10 percent to only 4.7 percent.

Your employer-sponsored and individual retirement accounts (IRAs) were at an all-time high by the end of 2019.  stocks, crude oil, alternative interments, and all other asset classes were having the best year.

President Trump was audacious because he knew that regardless of his blind spots on social issues that he would likely get reelected.  After all, numerous Americans were becoming 401(k) millionaires.  And 401(k) millionaires, white or black, liberals or conservatives, vote on economic issues not social.

Squeamish individuals should avoid the answer, at least, until the Food and Drug Administration approves a Covid-19 vaccine. The pandemic, which forced many business closures, layoffs, and furloughs so far, gave Wall Street its most volatile two weeks since the 1933 Great Depression. That extreme volatility affected even the most well-diversified investment portfolios.

President Trump knows the answer to that question above. He knows that 401(k) millionaires are losing their status each trading day.  He signed a massive $2.2 trillion coronavirus stimulus bill.   He wants to open the economy back up, against the recommendations of his health professionals, because he knows how Americans answer the question about their 401 (k)s and other employer-sponsored retirement accounts is critical to his re-election.  So, how’s your 401(k)?