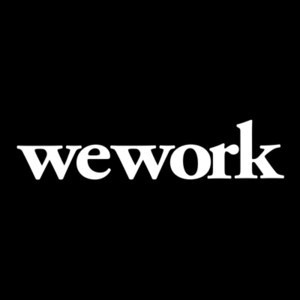 The estimated reading time for this post is 117 seconds

From roadshow to bankruptcy sounds like a title to a country album, but it is not.  All financial metrics show that WeWork might end up filing for bankruptcy just weeks after the company was pitching its stock to investors.  WeWork’s CEO and founder resigned last week, and it postponed its initial public offering (IPO) until further notice.

WeWork did expect to raise about $3 billion from its IPO, and it has a $6 billion credit facility that is contingent on the company completing its initial public offering, Bloomberg reports, citing anonymous sources.

Although the company has a Silicon Valley-esque mission statement, “elevating the world’s consciousness,” WeWork is just a glorified real estate company.  It leases and owns spaces in an office building and then rents desks to small business owners and freelancers.

Most Powerful Global Investors Missing Out of Key Startup Fundamentals

Dude culture, incompetent, or easy money or all allows WeWork to classify itself as a technology company and command bubble-like valuation.  The Real estate company raised almost $13 billion from private equity firms, hedge funds, and other institutional investors since its founding nine years ago.

SoftBank, the Japanese multinational conglomerate holding company, is the biggest WeWork’s shareholder.  SoftBank led the last round of funding that valued WeWork at $47 billion.

SoftBank and other investors seem to ignore, keenly or reluctantly, all the trappings of what makes a good startup–people, business model, and market density.

Adam Newman was interested in being the world’s first trillionaire, he spent nearly $70 million in a private company jet, and he invested million of the company’s funds in pet projects.

WeWork is not a technology company. It is merely an office rental company.  Moreover, rental office company does not elevate the world’s consciousness

According to the New York Post,  WeWork is New York City’s largest tenants. Subletting is not a scalable business model.

From 2010 to Q2 2019, WeWork’s location grew from 2 to 528, and its memberships grew by 117,000 percent.  Calling subtenants members is a misnomer. More importantly, authentic commercial landlords are the biggest winners. WeWork has to rent from them so that WeWork can rent back to its “members.”

From roadshow to bankruptcy seems to be all, but inevitable for WeWork.  Preventing the company from filing chapter 11 bankruptcy is going to be tough for newly-minted co-CEOs, Artie Minson and Sebastian Gunningham.