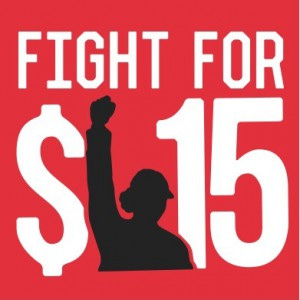 The fight for 15 has been part of the democratic platform for years now.  The rising wealth equality, accelerated by a historic pandemic, has made the fight for a  $15 national minimum wage” good trouble.”

Even with a slim majority in the Senate, President-elect Joe Biden and Vice-president-elect Kamala Harris might have encounter roadblocks put in place by centrist democratic senator like Joe Manchin of West Virginia.

How much an increase in the national minimum wage of $15 will help the economy recover from the pandemic-induced recession is uncertain.

That uncertainty might be enough for Senator Manchin to vote against it.  After all, he is from West Virginia.  $15 per hour goes a long way in West Virginia than it does in New York.

The Dichotomy of Democratic  Constituents

According to Rentcafe,  it cost on average $2,649 to rent a 651-square foot studio or 1-bedroom apartment in Brooklyn. It costs less than $500 to rent that same space in Farmington, West Virginia.

Senator Chuck Schumer’s constituents can barely survive on $15 per hour while Joe Manchin’s can have an excellent middle-class standing of living on the same wage.

Minimum Wage in All States