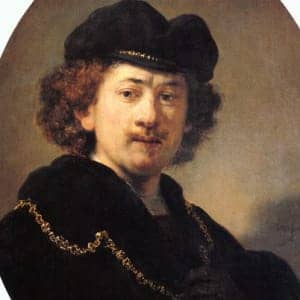 Elizabeth Warren taxes Rembrandts; we, the middle-class, could not agree more.  I received the 2019 Notice of Proposed Property Taxes and Proposed or Adopted Non-ad Valorem Assessments from Palm Beach County earlier this month.  This long and complicated title is the city of Wellington, Florida, telling me how much taxes I expect to pay on my property this year.

I paid all types of taxes and fees when I bought the home.  However, every year, the city levies more taxes on my house. The taxes include county operating and debt, fire service, and public schools.  My wife and I have no kids, but the city taxes our assets to fund public schools.

The only mistake we made is to buy a home instead of a Rembrandt or Basquiat painting.  If we purchased either one of those paintings, the city of Wellington would levy zero taxes.

On his song, the Story of O.J., Billionaire Sean Carter aka Jay-z rapped,

Mr. Carter’s artwork increased 700 percent in value, but the city of Los Angeles, which is where the billionaire resides, levies $0.0 in taxes on it.

The American middle class can’t buy  Rembrandt paintings. A home serves a dual purpose to them; it is their primary wealth and residence.  Every year, they pay a wealth tax on their home market value.

Ms. Warren’s wealth tax is not a new idea.  The middle class has been paying taxes on their most common asset for decades.

The City of Wellington levies 2.47 percent property taxes per $1,000 of assessed home value.  A homeowner with a $400,000 assessed value will pay about $8,645 in property taxes each year after homestead exemption.

Elizabeth Warren’s plan is more inclusive; it includes those assets that the middle class can’t afford.