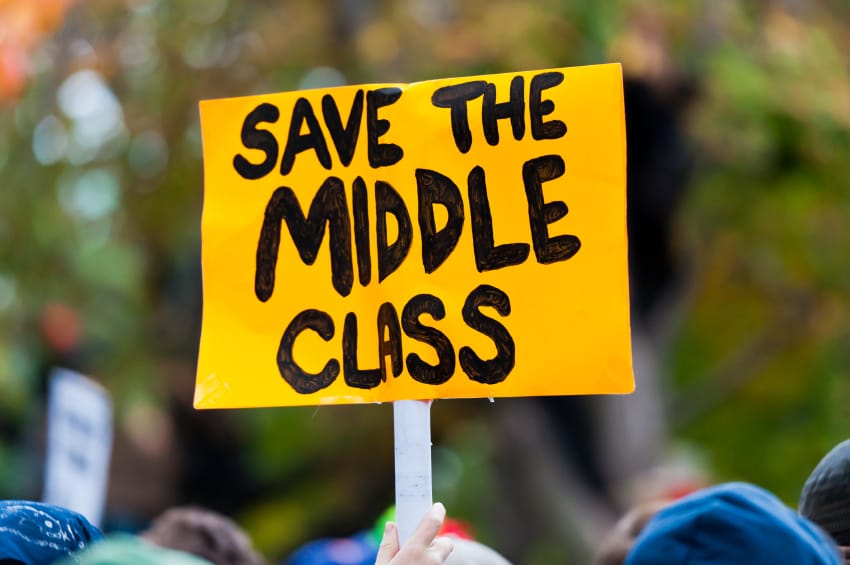 The estimated reading time for this post is 143 seconds

The 40/40 struggle outlines further the continuous economic battle of the American working class.  The Federal Reserve said that 40% of households earning less than $40,000 a year had reported a job loss so far.  This pandemic induced-recession hit hardest women, people of color, and those without a college degree.

Before Covid-19, the unemployment rate was at a 50-year low.  However, economic growth was not inclusive.  Working-class Americans were still suffering from the remnants of the Great Recession.

K- through college education, stakeholder value as the primary goal for big businesses and a living wage are ways to reduce barriers to economic inclusion.

Todd Jones, the current CEO of Publix, who spent more than 40 years climbing the ranks of the supermarket chain, is a rare commodity today.  Workers with no official college degree are often stuck in low-paying jobs with no benefits.

America provides free K-12 education because that was the level of education all Americans needed to have a job that paid a living wage 3 or 4 decades ago.  Now, a bachelor’s degree is equivalent to a high school diploma.  The country must educate all its citizens, so they all can get a job that pays a living wage.  In the past, the United States of America implemented policies that helped Americans reach the American Dream.  K-college education is the help Americans want from their government now.

The city of Hersey, Pennsylvania, founded in 1903 by the entrepreneur Milton Hersey, was established when corporations used to care for the community they served.  Now, big companies are using creative accounting to avoid paying taxes, which local government desperately needs to pay the police, firefighters, and teachers.

A few years ago, Amazon was looking to have a second headquarter.  Instead of choosing a location based on its operational needs, the company decided to launch an apprentice-like competition by pitting American cities against one another.  Cities submitted proposals to Amazon, offering billions of dollars in tax subsidies. Many of those cities were not even paying their teachers a living wage.

American workers, who are willing to work 40-plus hours a week, should not live in poverty.  We cherish and promote capitalism as the most significant economic and political system ever invented.  One of capitalism’s pillars is hard work. If you work hard, your success is inevitable.  However, since the 1980s, hard work has not been yielding any success for millions of American workers.

Capitalism has too many chinks in its armor now, and those vulnerabilities need to be addressed.  Paying workers a living wage or at least $15 per hour is a great way to start.