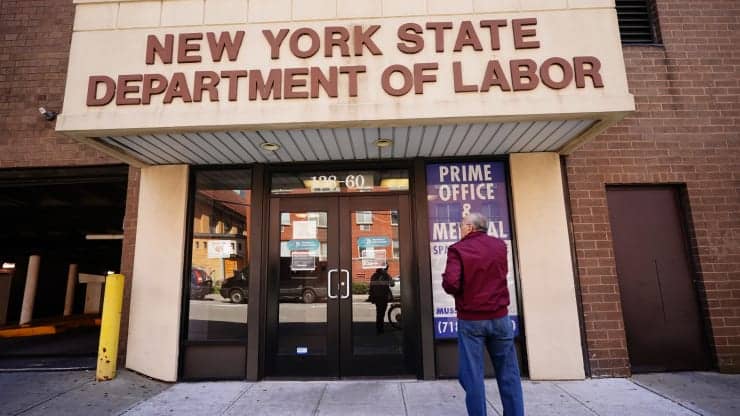 The estimated reading time for this post is 101 seconds

The $600 unemployment supplement is due to expire next month.  Both Democrat and Republican lawmakers have been having much debate about the extension of the additional weekly benefits.

The CARES Act also creates a federal unemployment fund, which has been paying the unemployed an additional $600 per week, which sets to end July 31.  The economy added 2.5 million jobs in May, but the unemployment rate was at 13.50.  The U.S. now has nearly 40 million unemployed.

In-state like Florida, the additional $600 weekly payments from the federal government have a significant economic impact on the unemployed Floridians’ finances.  Florida only pays a maximum of $275 per week.

If Congress does not extend the federal unemployment fund, unemployed Floridians will have to go by on $275 each week.  Alabama, Louisiana, and Mississippi are amongst other states that pay a maximum of $275 or less per week.  The state of Washington pays nearly$800 per week, which is the highest in the nation.

Fed Chairman Jerome Powell painted a grim economic outlook a few days ago.  Fed data are projecting high unemployment rates for years to come and a significant drop in output this year.  Chairman Powell said, “whatever we can, for as long as it takes” to support the recovery of the pandemic-ravaged economy.”

Republicans are not in a hurry to extend the $600 unemployment supplement.   They are worried about the nearly $3 trillion that has already spent to address the ongoing pandemic.   They don’t want to add to a federal deficit that has already widened to $1.9 trillion in just eight months.

Unemployed Americans requested forbearance on their mortgage, car loan, and credit card debt since the mass layoff started in mid-March.  Starting next month, those forbearances will end.  Taking the $600 unemployment supplement from them would be a cruel thing to do.