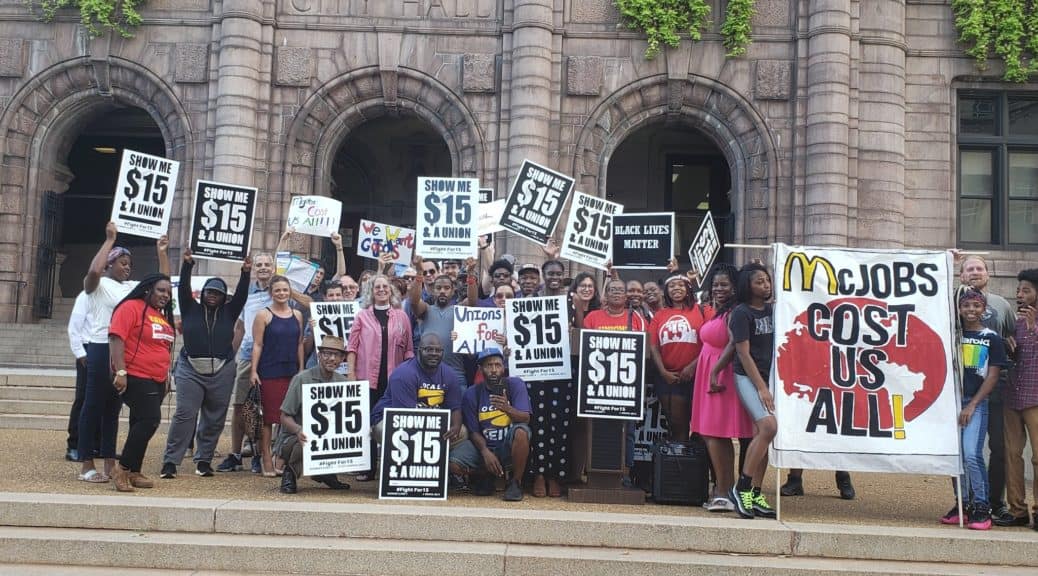 The Fight for 15 is our fight, too, because those workers are fighting for middle-class values. Fast food, retail, and hospitality workers, across the country, has been asking their employer to pay them $15 an hour.

The Fight for 15 kicked in 2012 when 100 workers in New York walked out of their  McDonalds’ job. Seven years later, that local strike has grown into a movement.

The Democrats added $15 minimum wage to their platform in 2016,  The House passed the Raise the Wage Act in 2018, and eight states passed legislation to increase the minimum to $15 by 2025 gradually.

On the surface, the fight seems to be the sole concern of the working poor, but the policies and benefits they are fighting for can strengthen the middle class’ financial position.

It’s not clear how fighting for a livable income becomes a partisan issue.  All the 197 Republicans in the House voted against the Raise the Wage Act.  Like West Virginia, Mississippi, and Arkansas don’t have working poor.

Middle class and working poor are feeling the same economic pressures.  Dynamic scheduling, irregular hours, and unsteady workloads are economic issues facing all, but upper-class and above.

Partisan propaganda convinces the middle class that they are more ambitious and responsible for the working poor, and they should not support policies that will reward moochers. They listen more often than not; they consistently vote against numerous local, state, and federal policies that can benefit all workers greatly.

The fight for $15 and a union is our fight too.  The middle class needs to be an unyielding soldier in it.  Fast food, retail, and hospitality workers will only win that fight if we protest and vote with them.