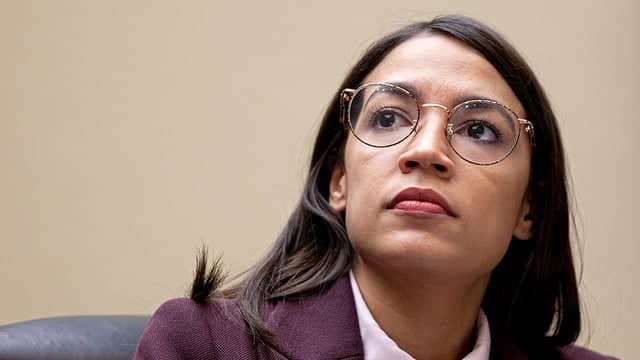 The estimated reading time for this post is 108 seconds

New York Congresswoman Alexandria Ocasio-Cortez believes that there is a positive correlation between record-high stock indices and inequality.

Minutes after CNBC twitted, “Dow soars past 29,000 for the first time,” the congresswoman replied, “the Dow soars, wages don’t “ and continued, “inequality in a nutshell.”

The Dow is the Dow Jones Industrial Average, which is a stock index that tracks 30 large and public-traded companies trading on the New York Stock Exchange (NYSE) and the NASDAQ.

The Dow Jones Industrial Average’s market capitalization before the 1929 stock market crash was about $120 billion.  As of this writing, it’s $6.5 trillion. So, during the Gilded Age, the stock market was a tiny part of the U.S. economy.

However, the Gilded Age was the era of robber barons who held the majority of big companies privately.  The wealthiest 4,000 families in the U.S. (representing less than 1% of the population) had about as much wealth as other 11.6 million families all together back then.

The Great Depression bankrupted many robber barons, and the New Deal ushered in the American middle class that we know today.  President Franklin D Roosevelt’s New Deal leveled the playing field until the early 80s when the era of deregulation, war on labor unions, and Reaganomics took shape.

Since 1980 the wealth and income inequality gap have been widening.  The 2007-08 Great Recession provided a needed correction, but the decade-long bull market expands the inequality past pre-recession peak.

New York Congresswoman Alexandria Ocasio-Cortez is right.  Record high stock indices, and corporate profits do explain inequality in a nutshell.  According to the Brookings Institute,  the top one percent alone holds more wealth than the middle class.  A CNN analysis of Federal Reserve data, as of the end of 2017, concluded that the top 1% of Americans held 38.6% of the nation’s wealth.