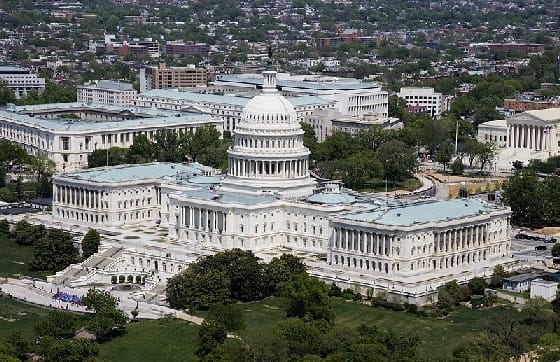 The estimated reading time for this post is 133 seconds

The federal budget deficit reaches $984.4 billion, meaning that the government spends nearly $1 trillion more than what it takes in revenues.  That increase in the deficit is the highest in 7 years.  Last time the deficit reached that amount, President Obama was dealing with the 2008 financial crisis and the worst recession since the 1930s.

The federal budget deficit surged to 35,000 percent since 1970; the deficit was $2.8 billion then.  The Trump Administration is rocking that high deficit when both the unemployment rate and the stock market are at a historic low.

According to USAFacts, Government spending has exceeded revenue in all but six years since 1980.  Most of the government surplus, revenues exceed expenses, happened under President Clinton.

When he was running for president back in 2016, Donald Trump promised to pay off the nearly $20 trillion national debt “easily.”  However, he has been added to it more than any other president, even with the healthiest economy in a century.

The ballooning deficit itself is not the problem, but as we wrote on this site before, how the government decides to spend the $5.1 trillion that is collected from the taxpayers, and other sources in 2019 are the main issues.

President Trump’s $1.5 trillion tax cut that goes to the top 5 percent U.S. earners and spending increased for defense programs seem to be the leading cause of the ballooning deficit.

America’s mission statement is to form a perfect union.  Lately, the country has been steering away from that motto.  The way the government allocates its resources doesn’t support or promote that motto–keeping Americans healthy, fixing dilapidated roads and bridges, and educating the nation children should be the cause of the outlandish deficit.

The U.S. economy is on its decade-plus expansion, which should bring more money into the government’s coffers and reduces the budget deficit.  Government spending is already 20 percent of gross domestic product (GDP).  An economic slowdown or recession is the result of a lack of business and consumer spending.  The government has to spend a lot more to resuscitate the economy.  President Obama had to buy General Motors, American International Group (AIG), and Fannie Mae to halt the great recession into turning a depression.

The Trump administration is already spending like the economy is in a recession and the beneficiary of that ridiculous spending are the top 5 percent of U.S. earners

The Congressional Budget Office (CBO) projected that the deficit will be around $1 trillion in the coming years and will remain there for the next decade.  Mr. Trump will not roll back his tax cuts for the wealthy.  $1 trillion federal deficit is here to stay.