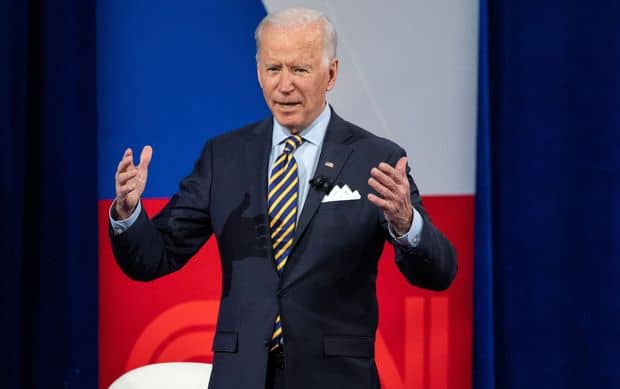 Joe Biden will not cancel student debt because he has never really supported the middle class.

Canceling $50k in student debt will alleviate the struggle that students who are saddled with a high amount of student debt but do not earn enough to service it.

Most of them want to pay their student debts, but they have no real jobs.  Many of them are out of work or making less than a living wage. The pandemic-induced recession is making it difficult for them to find a good-paying job.

Joe Biden, just like the so-called centrist democrats, often talks and acts as he cares about the middle class, but he never backs it up with actions whenever he has an opportunity to do so.

Democrats won two Senate seats from Georgia, but the president still thinks that he does not have a mandate.

Republicans and the 2017 Trump’s Tax Plan

The Trump tax law cut the corporate tax rate from 35 to 21 percent, doubled the estate tax exemption to $22 million, and cut the individual tax rates for those at the top.

Donald Trump, who lost the popular votes by 3 million, acted like he had a mandate.  Both well-off individuals and corporations did not need the tax cuts because they are doing great financially when the bill passed, but for republicans, a mandate is a mandate. The president’s tax bill did not benefit the low and moderate-income Americans, but the Republicans took care of their base, the donor class.