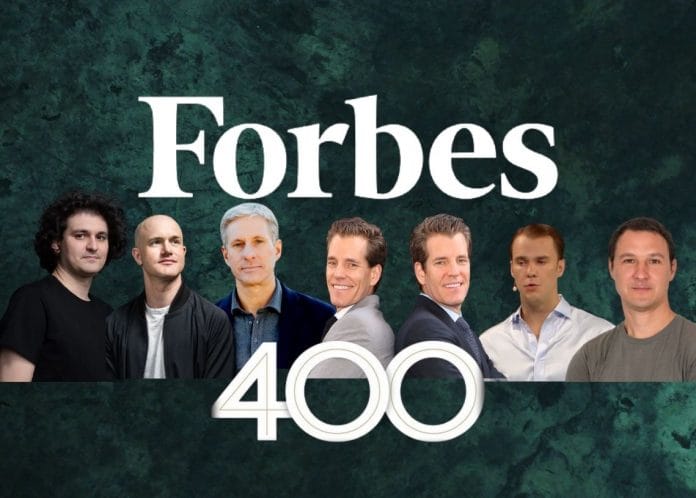 The estimated reading time for this post is 114 seconds

Wealth inequality has gone amok in America.  America’s 400 wealthiest billionaires are worth more than ⅕  of all goods and services the country produced last year.

According to the Bureau of Economic Analysis and the World Bank, United States’ gross domestic product (GDP) is $20,937 trillion, while Forbes estimates that the 400 wealthiest Americans now have a combined net worth of $4.5 trillion or 21.5%

The United States’ Gini coefficient ( a traditional measure of inequality) was 0.48 in 2020. A coefficient of one means one person receives all the income.

GDP is a flawed economic indicator, but it does seem to show that growth and inequality move in tandem.  About three decades ago, the U.S. GDP was about $6 trillion.

If you add all the income in the United States, you get the U.S. GDP.  You can also calculate GDP by adding the value of all goods and services the U.S. economy produces every year.

Your trip to the veterinarian, grocery stores, and your new car and washer purchases were all added to $20,937 trillion last year.

As a matter of fact, the combined net worth of the wealthiest 400 Americans is bigger than the value of goods and services all countries produced last year except obviously United States, China, and Japan. 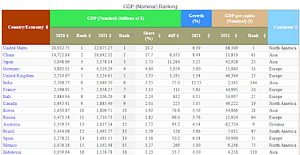 The pandemic heightened financial pressures on most Americans, and millions of them relied on government programs to survive the covid-16 induced recession.  However,  the fortune of the 400 wealthiest Americans rose by 40 % last year.

Here’s an excerpt from Forbes announcement of this year 400 list:

“It’s been a terrible year for many, but the good times keep on rolling for America’s richest. For the 40th annual Forbes 400 list of the wealthiest Americans, the members’ collective fortune rose a massive 40% over the last year to $4.5 trillion, up from $3.2 trillion. Nearly all are richer than they were a year ago. The top 20 on the list are together worth a stunning $1.8 trillion. Forbes calculated net worths for the list using stock prices from September 3, 2021—which turned out to be close to record highs for U.S. stock indices like the S&P 500.” 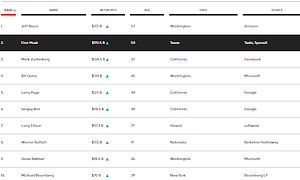 America has the world’s biggest economy and a high Gini coefficient.  For income to disperse more evenly, the factors of production need to be equally distributed as well.