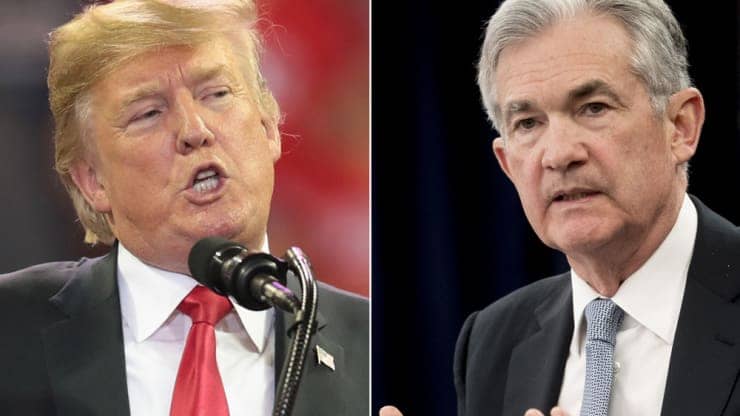 The estimated reading time for this post is 83 seconds

“The Federal Reserve should get our interest rates down to ZERO, or less, and we should then start to refinance our debt. INTEREST COST COULD BE BROUGHT WAY DOWN, while at the same time substantially lengthening the term. We have the great currency, power, and balance sheet…..”

There is absolutely nothing wrong calling for the Federal Reserve to cut interest rates down to zero or less.  Although independent, presidents send direct and indirect messages to the Feds all the time.  According to the New York Times, presidents from Lyndon Johnson to Richard Nixon had battles with the Feds.

President Trump is calling for Fed Chairman Jerome Powell to cut interest rate to zero because his administration has finally come to terms with what many professionals acknowledged months ago that the U.S. economy is cooling down.  However, a reduction of the Fed’s rate might not give the economy the boost it needs right now.

This site published an article and talked about interest reduction last month:

The Chinese announced this morning that they would waive tariffs on some U.S. goods.  That news might boost both the U.S. economy and President Trump’s reelection campaign more than the interest rate cut.