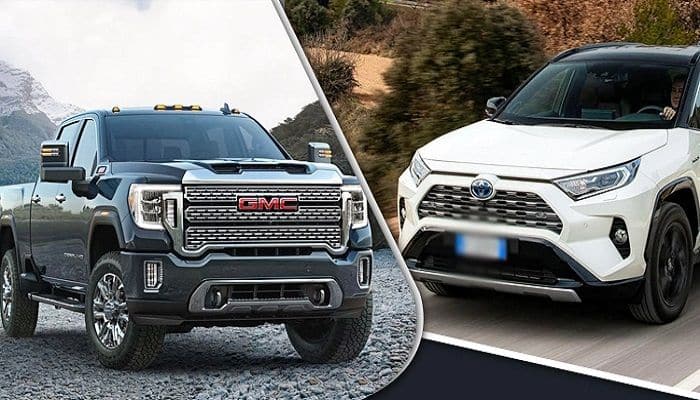 The estimated reading time for this post is 102 seconds

Toyota Motor Corporation came a long way from 1958 when it sold 288 vehicles in 1958. In 2021, the Japanese automaker sold 2.3 million cars in the United States, dethroned General Motors, and became the top-selling automaker in the country.

In the early 1900s, General Motors unseated Ford Motor Company as the top-selling automaker in the United States. For the past 121 years, the Big 3 in Detroit held that moniker.

The big 3 US automakers have had their ups and downs over the century. The Obama Administration had to save the American Auto Industry through loan guarantees in 2009.

Ford did not receive any financial aid from the government during the 2008-09 Financial Crisis, but the company did go through its shares of trouble during that period.

The big 3 automakers were significantly affected by the computer chip shortage. General Motors, Ford Motor Company, and Stellantis (Fiat Chrysler and Peugeot) made fewer cars last year. However, the Ford F-Series was still the best-selling vehicle of 2021, including cars, trucks, and SUVs. According to Car and Drive, Six out of the 25 best-selling vehicles were Toyota’s models.

Toyota sells more hybrid vehicles, which combine gasoline engines with batteries and electric motors, than any automakers. However, the company lags behind Tesla and other automakers regarding fully-electric vehicles.

The battery-electric vehicle sales continue to grow. Both startups and established automakers are investing heavily in the segment.

A few days ago, Toyota revealed its new electric models and announced a $70 billion investment in the electric vehicles segment. The Japanse BIG 1 will introduce 30 new fully-electric models by 2030. Its new Beyond Zero or bZ model will go on sale in mid-2022 and will range up 250 miles.

What is next for the Japanese “Big 1”? Will the Toyota Tundra take over the Ford F-Series as the best-selling vehicle in America?